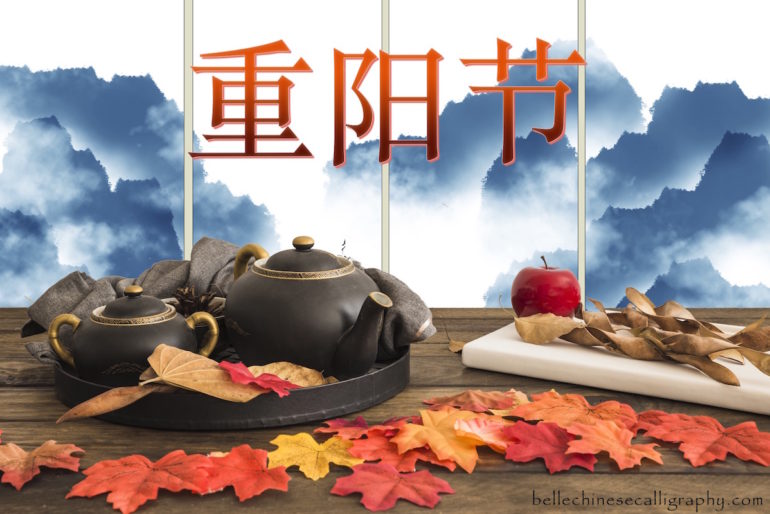 What do you know about Double Ninth Festival ? It is one of the major traditional festivals in China, and it has some very intresting customs, that might help you live longer and happier life.

Ausipicious Meaning of the Number Nine

In the ancient Chinese I-Ching Book 9 is the Yang, masculine, fiery number (there is also feminine number – 6).
Double Nine festival falls on the 9th day of the 9th lunar month, so this day called both Double Yang and Double Nine.
Traditionally, in China, the Double 9th Festival is an auspicious day for celebration with the nice fall weather, and enjoying the colors of Osmanthus flowers. In Chinese, the pronunciation of the number 9 (Jiu) similar to the word “long”, hence this festival is an occasion to pay respect to the ancestors, visit elderly relatives and wish them a long and prosperous life.

Customs of the Double Ninth Festival

The double 9 Festival is the beautiful fall festival, full of the ancient traditions with a nice weather and Osmanthus aroma is in the air. It’s a joy to climb up high to view the beautiful fall scenery. Dogwood and chrysanthemum are two important plants that symbolize the Double Ninth Festival.

The Double Ninth Festival is also known as the Festival of Climbing High referring to climbing mountains or high towers. It is the most typical activity during the Double Ninth Festival. People believe that when the two extremes meet (double “9”), the big auspicious change would happen. So everyone is trying to get closer to the friendly Mountain Deities in hope to expel diseases and live a longer healthier life. This long lasting tradition was first time documented as early as the Han Dynasty (206 B. C. -220 A.D.). People climb mountains on that day, not only for the purpose of keeping diseases away, but also enjoying the beautiful scenery and enjoy having delicious food and some poetry.

A few popular places to climb since ancient times are: The White Cloud Mountain in Guangzhou, the Dragon Mountain in Jingling, the Castle Montainin in Shandong and Tengwang Pagoda in Nanchang.

The dogwood is a small evergreen tree, mostly grows in Zhejiang province. The fruit of dogwoods has a deep red color and can be used in Chinese medicine. Dogwood traditionally used to expel insects, stop pain and even cure cholera. People believed it could ward off evils and diseases; a very important quality to use during the traditional festivities.

Tradition of wearing dogwood as a head decoration to expel evil spirits during the Double Ninth Festival exist as early as Three Kingdoms period (220-280 A.D.).
People are carrying a small red bag filled with dogwood branches to repel evils and pray for happiness. Needles to say that red color also has auspicious qualities of draw away evils and bring luck and happiness.
This custom gradually diminished since Song Dynasty (960-1279 A.D.). Nowadays chrysanthemum flowers, a symbol of longevity, replaced red bags full of the dogwood branches.

Chrysanthemum usually blooms in the ninth lunar month (beginning – mid October). The Chinese are growing chrysanthemum flowers from the ancient times. Chrysanthemum, orchid, plum blossom and bamboo are traditionally regarded as “the four best of all flowers” in China. 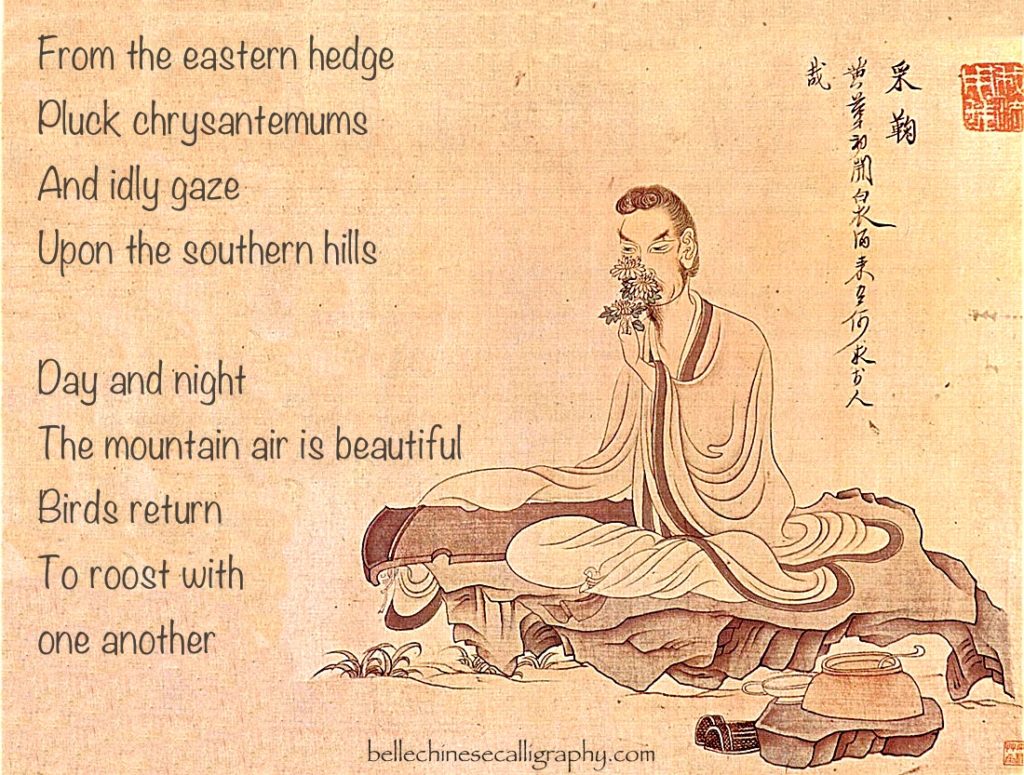 Chrysanthemum flowers are highly regarded fall flowers in China, people enjoy their aesthetic qualities, use them as decorations and even to prepare healthy teas that is said to prolong one’s life longevity.
Chrysanthemum medicinal qualities, was discovered during Ming (1368-1644 A.D.) and Qing (1644-1911) Dynasties. Chrysanthemum can lower fever, keep the liver healthy, has anti-inflammatory and detoxifying effects.

Wish everyone a long and healthy life!