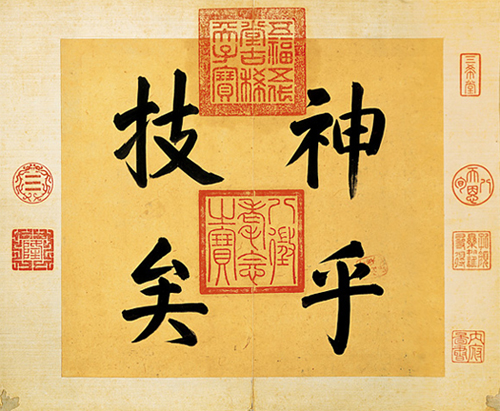 While many countries like to believe they have a particularly succinct and deep artistic world, very few parts of the world can hold a candle to the Far Eastern nations, especially China and Japan. Calligraphy is a revered form of art in these areas, and comes with a history of passion, strength and deep emotion within each and every piece made. Seen as an excellent way to produce our thoughts, fears and emotions in a way which everybody could understand, calligraphy has stood ahead of more traditional art-forms for centuries. 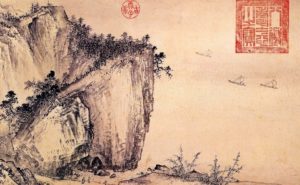 In the West we always think that calligraphy is nothing more than a craft of writing in a beautiful manner, whereas in the East it’s always been “way of writing” (shodo in Japanese) or “laws of writing” (shufa in Chinese), which is to be a “chosen way of life”, far beyond the definition of  mere “art”. In my opinion, calligraphy is an eternal journey inside the human soul, a way to express Your feeling and thoughts in one beautiful stroke of the brush, when a calligrapher is being in a very different state of higher consciousness, arranging simple brush strokes, changing nothingness into raw magic. It looks to step far beyond the traditional explanation of what makes art – being more of a way of life, of ascending to something more meaningful, emotional than any painting could ever be. There is an extremely in-depth spiritual bond which goes back centuries, and while it may take many years to learn how to read and decipher for some, it’s seen as a way to truly comprehend our rawest feelings. 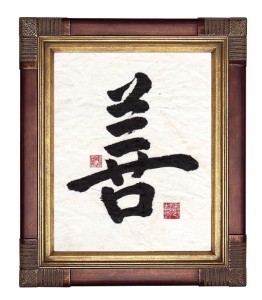 Seen as more of a spiritual message, especially in Japanese ink art, and an art-form within an art-form, it’s far more symbolic than the traditional painting would be. Rather than trying to clash or create a contrast to gather attention, calligraphy provides a chance to leave your feelings immortalized on paper. It’s much easier to express yourself through art than it is through even speaking for some, and with calligraphy experts and artists, this would certainly be the case

By creating a more peaceful environment filled with stunning beauty that truly encapsulate the things truly worth thinking about in this world, Oriental ink art can help you release your body of constant fears and worries. In the modern world, the rushed way that we live is not good for the soul – calligraphy can help remind people of that, and this is why Japanese and Chinese calligraphy is becoming more popular in foreign countries.